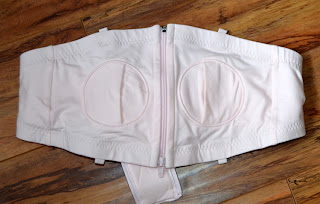 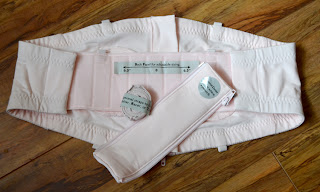 One thing that was hard for me was exclusively pumping to feed Natalia from birth to 7 months when I stopped producing. I can’t tell you how many hours were spent attached to my electric pump just wasting away on the couch because I had to sit there and hold the pump to me. This left me with no hands to do much else and as a first time parent there was a lot of spilled milk when it came to my little girl crying while pumping.
Maybe if I had had a hands-free pumping bra like this Simple Wishes one from Busy Mom Boutique then not only would I probably have wasted less milk, but I would’ve felt like I actually accomplished something as well. Maybe in that case I would’ve hand a free moment to look presentable by putting on makeup, started my blog earlier, or even just taken a break to myself and read a book.

When you’re a mama exclusively pumping you not only have to set aside time to pump milk, but you also have the added time of actually having to feed baby as well. With all that time spent just on getting milk for your baby, there isn’t always extra time to rest. With a hands-free pumping bra you can probably even catch a few moments of sleep. 😉

The fabric is soft against skin but strong enough to hold the pump in place. There is a zipper panel in the front that allows you to adjust the amount of space between the breast shields so you can get a tight seal from the pump and they will be better held in place. The back panel is adjustable as well making this bra a truly one size fits most with 10 inches of adjustability. The straps included give you the option to wear the bra as a racer back, halter style or traditional style. Although you can wear the pumping bra alone, you can also wear it over your nursing bra.

Material & Care:  Machine wash cold, gentle cycle, non-chlorine bleach when needed. Wash with like colors. Wash with back velcro panel attached. Hang to dry. Do not iron. Do not dry clean. Wash before wearing. It is 83% cotton, 17% spandex, exclusive of trims.


Busy Mom Boutique also sells other mom-invented products like the Undercover Mama Tanks and the SwimZip Rash Guards for babies.

You can get a Simple Wishes Hands-Free Pumping Bra for only $39.99

You can also be on the lookout for your chance to win your own Nighty Night Nursing Light in the Mama’s Got a Brand New Babe Giveaway event beginning on the 24th and running until May 8th. 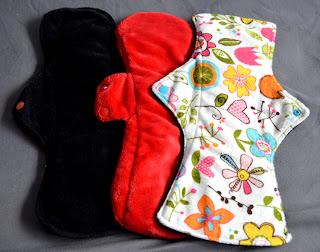 I’ve mentioned before that I have a new found love affair with mama cloth and I knew that there was no other choice for me during postpartum healing either. Since my stash was pretty small and consisting of mostly liners and normal flow pads, I knew I would have to look into getting more specifically for postpartum.

These pads made by work at home mom Vanessa from Orgo pads are made from a super soft minky fabric and absorbent enough to handle any of your postpartum needs. I’m generally lucky and for both pregnancies have had minimal bleeding after giving birth but there’s always those first few days where normal pads just won’t cut it. For then, I turned to my Orgo pads and since the minky is stain resistant I didn’t even have to worry about them becoming stained from the heavier.

“All pads Contain a Core of Zorb fabric which is highly absorbent, depending on the pad absorbency chosen the layers of zorb vary from single, double and triple. All pads are backed with black water-resistant fleece that assures your clothing is always protected and that your pad will always stay in place. In addition Orgo pads comes in two different styles to meet your overall comfort, round and rectangle and are available in 6 different sizes.”

Vanessa makes multiple sizes of mama cloth including thong liners, mini liners, petite liners, pantyliners, light, heavy and postpartums. She even included this sassy set of nursing pads which have come in handy more than you could know. Breastfeeding seems to be much more successful for me this time around and in these early stages I’m having a abundance of milk and making messes. Haven’t we all had those days?

Don’t worry, I’ve even previously covered how to care for your cloth pads so you’re well prepared. 😉

You can also be on the lookout for your chance to win your own Orgo Pads prize pack consisting of a wet bag, set of nursing pads, and 1 postpartum pad in the Mama’s Got a Brand New Babe Giveaway event beginning on the 24th and running until May 8th.

Sometimes in our journey of breastfeeding, we run into obstacles ranging from difficult latch to low milk supply. Fortunately, there is something you can do in either situation and if a low or inconsistent supply is something you can relate to, then Yummy Mummy Cookies may be just what you’re looking for.
The lactation cookies made by Yummy Mummy Cookies were developed by a mommy nutritionist so you can be sure that not only are you getting a snack that can boost your supply, but that they are healthy for you as well during this time of breastfeeding. They even have wheat-free, dairy-free, egg-free and nut-free options for those with special eating habits or allergies. After all, breastfeeding is an amazing choice to make for you child and everyone deserves the opportunity to be able to increase their supply, if needed.

I’ve seen recipes around the Pinterest world for lactation cookies and I expected these to be about the same basic cookie as those. Boy, was I wrong!

Get 2 bags of Yummy Mummy Cookies  for $26.50! At only about $1.35 per cookie, they are a great tasting, nutritional snack that just so happens to help you boost your milk supply if you’re breastfeeding.

You can also be on the lookout for your chance to win your own box of Yummy Mummy samples in the Mama’s Got a Brand New Babe Giveaway event beginning on the 24th and running until May 8th.

So, what is one of the most unpleasant parts of birth for most women? For my second time around, I think I would have to say that it’s the healing process that occurs afterward, although I’ve been a lot luckier with both pregnancies and deliveries than most probably have. For a vaginal delivery you end up having to deal with not only swelling and the overall pain, but if you tear, then you also have stitches to care for. Tanya, the innovator behind Pampered Mama has come up with the solution for postpartum healing.

As mamas we know there is a fair amount of bleeding after delivery. For some women, this can last for weeks and I personally don’t see any allure in wearing giant disposable pads that are not only uncomfortable, but can slide around causing a mess, or even worse, catch on those tender stitches. So, what’s the alternative? Pampered Mama pads. 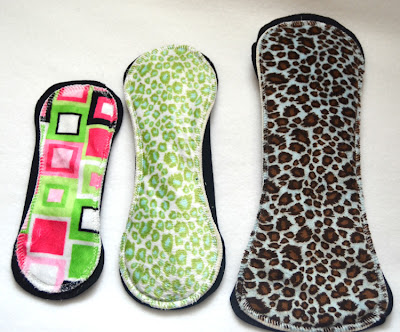 I was sent this lovely set of 2 postpartum pads and one pantyliner. They pantyliner measures a 9″, and the postpartum pads at 11″ and 13″. These lovely pads are a soft bamboo fleece topped with uber soft and adorable minky prints. Although I was initially a bit intimidated by how large the largest pad seemed, it was actually quite a nice fit even for my small frame. They even fit quite well onto my undergarments without causing any awkward bunching which is another important thing for me because in reality nobody wants to walk around pulling at a wedgie or trying to correct the placement. 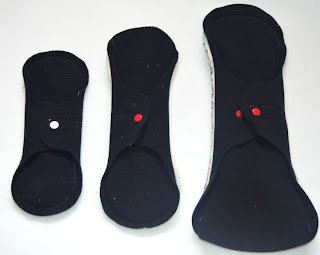 The pads securely snap in place and because of the soft bamboo fleece backing, they don’t slide around causing discomfort or embarrassing leaks. You can also fold in the ends and snap closed for when you are out and about and find yourself needing to change them. The largest pad that I was sent even has two snap settings on it so you can be sure you will be able to find the fit that works best for your body. 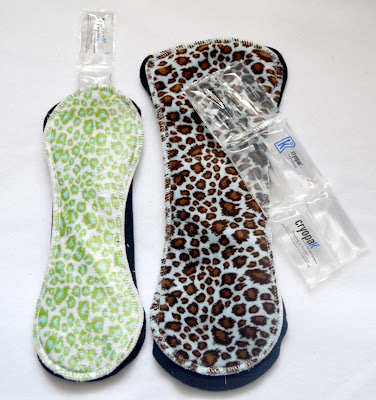 I also want to point out my absolute favorite feature of these Pampered Mama pads — the built in ice pack system!  How many of you have used the old ‘stuff a pad or newborn diaper with ice’ trick that they practice in the hospital? As nice of an idea as it is, they are not only a tad uncomfortable on those sensitive areas, but they leak. While I was recently in the hospital after giving birth, a nurse brought me a giant pad stuffed with ice when I requested an ice pack. At the hospital where I had delivered our previous child, they used the same idea but with a newborn diaper instead of a giant pad. I secured it in place and proceeded to lay back down in the hospital bed to try catching a bit of sleep. When I got up not even an hour later I noticed the pad had leaked completely through my sweat pants and saturated the bed beyond saving. Somehow, I hadn’t even noticed until I got up, but really, nobody wants to be caught in that situation. Thankfully, the only people there at the time were my mother and my hubby so it’s not like it was completely embarrassing or anything, but what if that had been the moment where my whole in law side was there to see the new baby? Yeah, I might have been mortified, even though it’s just water.

With these pads, there are ice packs that conveniently slip in through a pocket on one side. Because they are reusable ice packs and encased in plastic, you don’t have to worry about any condensation or leaking once they begin to thaw out. As you can see in the above photo, the larger of the two pads actually has a larger ice pack as well. They were a real saving grace when it was time to come home from the hospital. After all, it can be expensive to continue using the disposable pads or diapers to make ice packs and the traditional kind that you find in lunch boxes have no way to stay secured.

Pampered Mama also offers other mama conveniences such a bra conversion service to convert your regular bras into nursing bras. You can also purchase nursing pads, cloth diapers, and even hospital gowns!

Don’t worry, I’ve even previously covered how to care for your cloth pads so you’re well prepared. 😉

Get your own overnight and postpartum pads!